I was supposed to blog this great salad a couple weeks ago because folks have been asking me for the recipe since my husband Kurt made it for a party we threw for my sister Tina who completed her master’s degree.  It’s easy to assemble; if you can roast vegetables and cook pasta, you’re set.  Colorful vegetables roasted at high heat with some garlic, olive oil and salt and pepper are tossed with cooked farro and cubes of feta cheese, and seasoned with a tart vinaigrette.

The original recipe is from the Barefoot Contessa; Kurt first made it years ago for a summer party and it’s always been a hit.  We’ve only fiddled with amounts; for us, her recipes tend to be on the salty side.  Later, my BFF Grace swapped out the original orzo for an equal amount of farro.  We all agreed it was a much better salad with farro’s chewier, dense texture.  Farro, for the unintiated, is a grain dating back to ancient Rome; it reminds me of barley, but bigger.  The added nutritional benefit of farro over pasta is that farro provides a bigger protein punch.

The only change I made from Grace’s swap is preparation; her one complaint is that the farro can get soggy.  She boils then drains her farro like pasta, so I told her I’d try cooking the grain with just enough water for the farro to absorb while it cooked– much like we do with rice.  It worked!

the rest of the goodies:

Today, we have these beautiful ingredients:

A rainbow of flavors.  Buy this brand of feta– it’s fantastic!

First, pre-heat the oven to 425 degrees.  Cut the vegetables into roughly equal size pieces and place on a large, rimmed baking sheet: 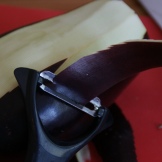 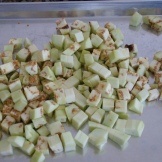 Add olive oil, salt and pepper and toss well so every piece is coated with oil and seasonings:

Tossed with olive oil, salt and pepper– ready for the oven!

Roast the vegetables until they are soft and just caramelized, about 40 to 50 minutes.  Turn over vegetables with a metal spatula at least once while roasting.  Remove tray from oven and let the vegetables cool briefly.

Caramelized, soft and much reduced in volume.

While the vegetables roast, prepare the farro by heating a medium saucepan of water to boil, then slowly stirring in the farro.  Simmer until liquid has mostly evaporated, about 20 minutes.  Taste the farro to make sure it is cooked through; it will be tender, yet have some chewiness. Drain and set aside to cool. 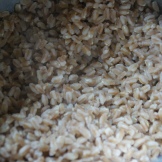 While the farro simmers, make the dressing by whisking the ingredients in a small measuring cup. 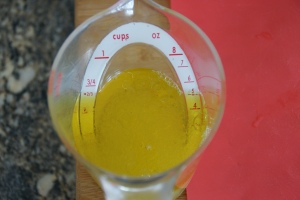 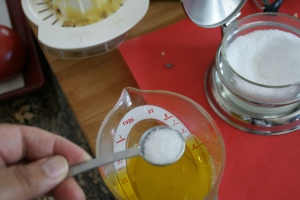 Toast the pine nuts in a dry saute pan.  Watch them carefully since they go quickly from white to burnt. 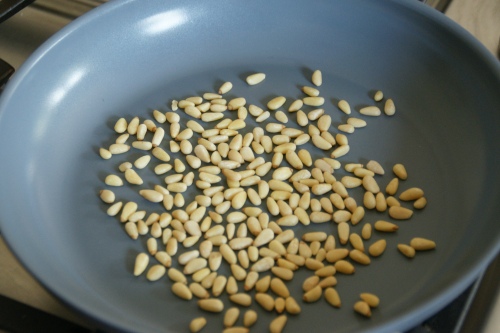 Cube the feta, chiffonade the basil and slice the scallions: 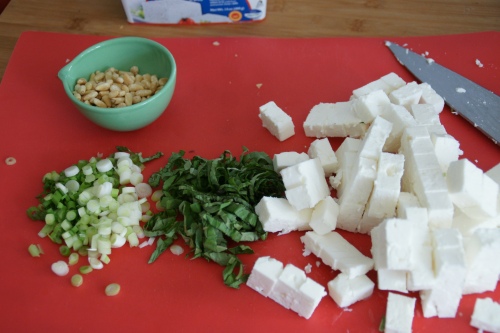 The rest of the mix-ins are ready!

Assemble the salad by placing the drained farro into a medium mixing bowl, then scraping the roasted vegetables on top.  Fold the vegetables gently into the farro.

Add the dressing and combine. 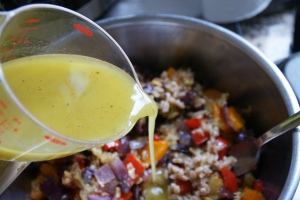 Add the remaining feta, scallions, basil and pine nuts, then mix again to distribute evenly throughout the salad.

Serve immediately.  If making ahead, let the salad come to room temperature first.